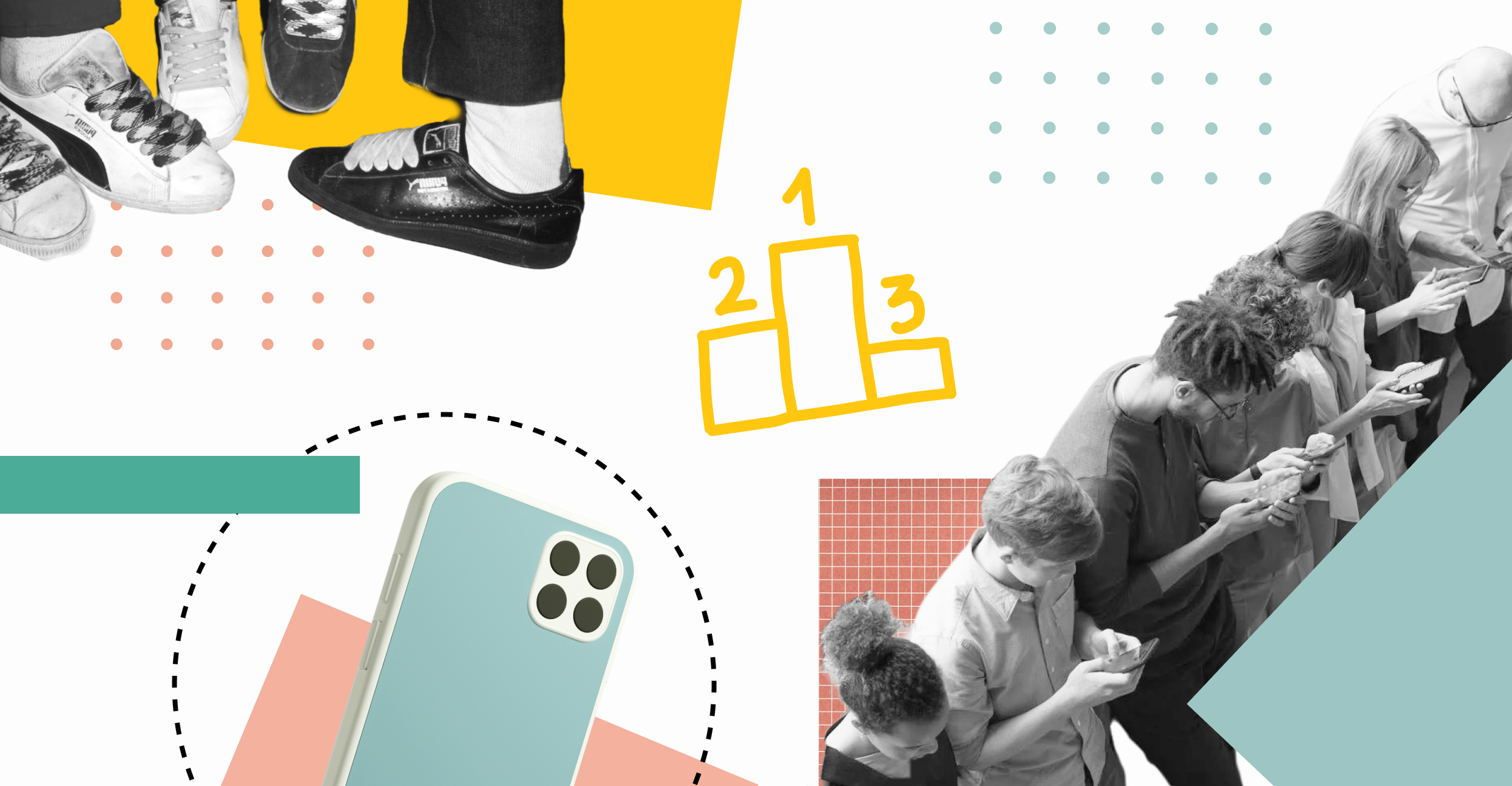 
If you're embarking on an app development project, you're probably curious about 'what applications do Millennials use?' Maintaining interest and involvement from the Millennials is going to be vital to the long success of your app. While earlier generations such as the Baby Boomers and Generation X, as well as the young Gen Z populations, are still significant forces to be dealt with, Millennials are now the largest working-age generation.

Who are Millennials exactly?

You may have preconceived ideas about who Millennials are and what their way of life comprises, but let’s define Millennials for a bit, so there’s no confusion between all these comprehensive labels like Baby Boomers, Generation X or Gen Z. Wikipedia says that “Millennials, also known as Generation Y or Gen Y, are the demographic cohort following Generation X and preceding Generation Z. Researchers and popular media use the early 1980s as starting birth years and the mid-1990s to early 2000s as ending birth years, with the generation typically being defined as people born from 1981 to 1996. Most Millennials are the children of baby boomers and early Gen Xers; Millennials are often the parents of Generation Alpha". 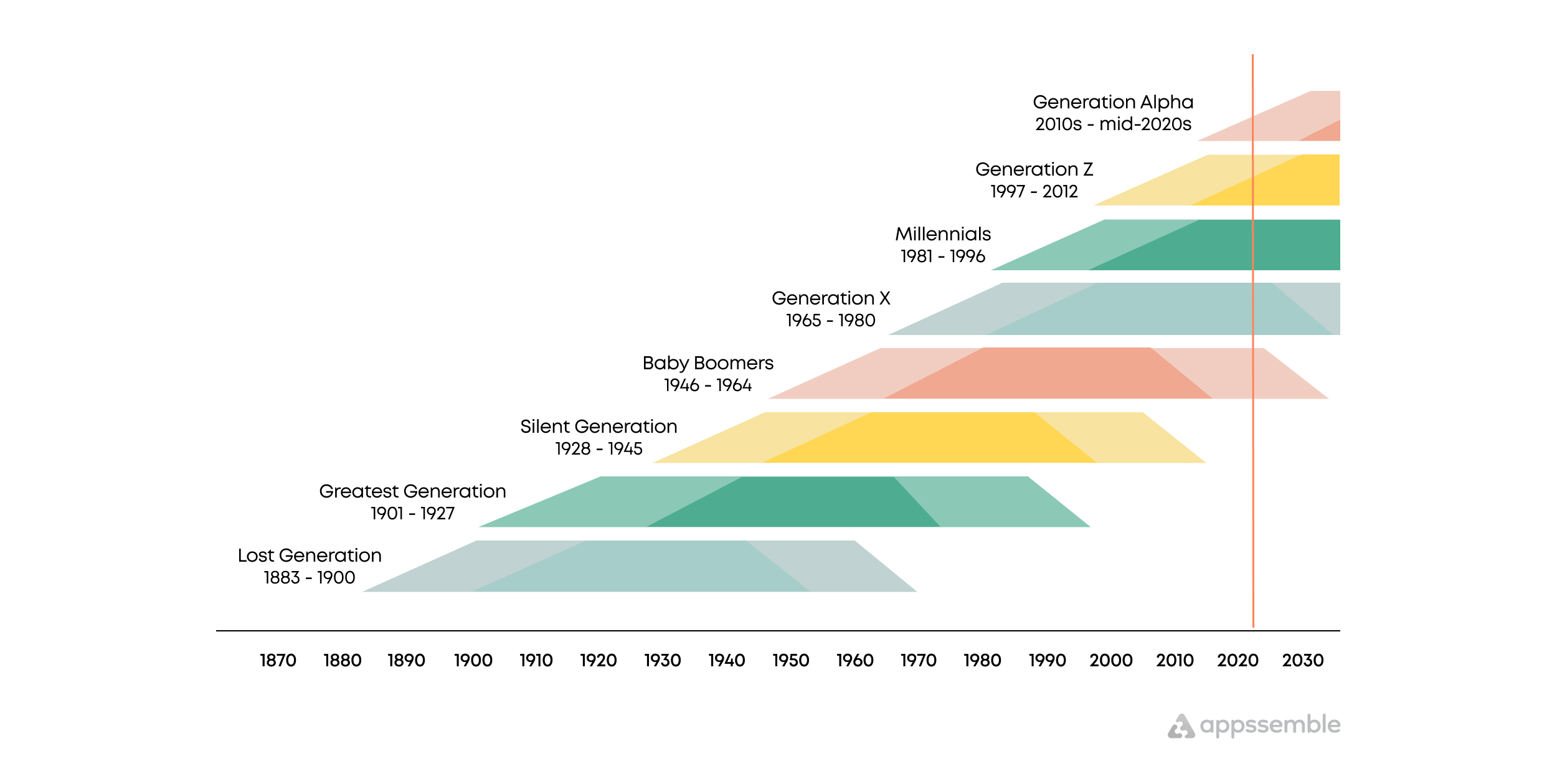 To break down Wikipedia’s definition into a more contemporary manner, Millennials are those born between 1981 and 1996, making them between 26-41 by now. You probably didn't expect a Millennial to be nearly 40 years old!

So you're not pitching to teens as much as you are doing it to the vastest majority of working individuals out there, which means they are most likely the ones to have the capacity to buy, generate downloads, and create revenue, but also to college-graduated young people.

Millennials are still the most engaging social-media generation on the planet since it is the first generation to use social media. They are the generation that grew up during a period of fast technological progress, particularly in the areas of the Internet and phones.

It's easy to get swept up by social applications and try to separate tastes between services like Snapchat, Reddit, Twitter, Instagram, and Pinterest. However, in order to properly comprehend what Millennials value, it is necessary to examine their total app usage patterns. For that reason, we'll look at the top applications that Millennials use the most.

What has the biggest influence on Millennial app decisions? 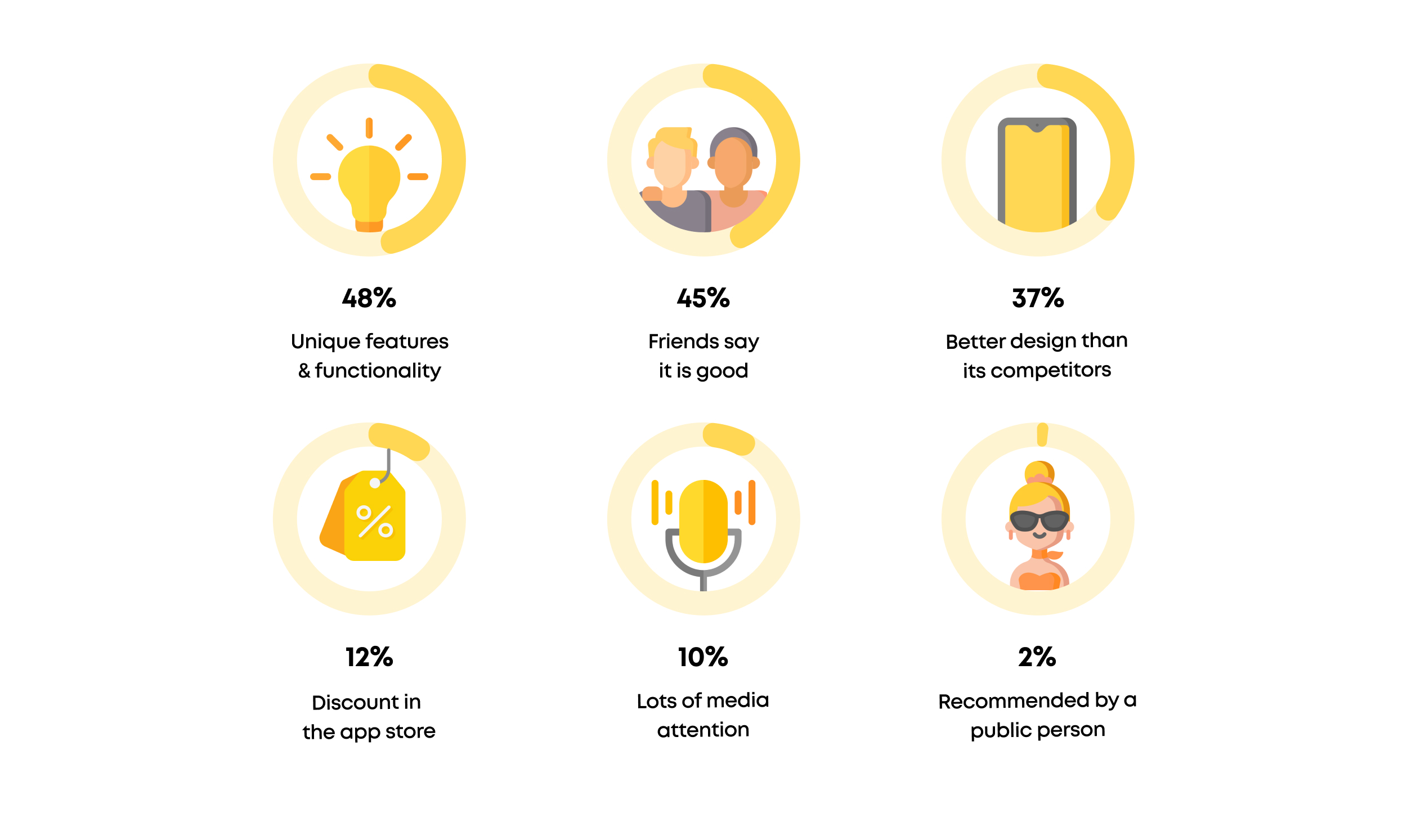 Nearly half of Millennials said that a unique feature set and functionality is the key factor that propels them to download an app. The second most influential factor is a recommendation from a friend.

What type of apps do Millenials use the most?

Apps are used by everyone, however, diverse age groups have varied interests. So, which applications are popular among Millennials? The apps vary from cashless payment alternatives to gaming to dating apps, as expected. There are even some with a high proportion of Millennials.

Airbnb This mobile app started off as a website. It began as a home-sharing alternative for those travelling in areas with limited traditional accommodations or those that are too expensive. The site emerged in 2008, making it ideal for the Millennial age, therefore Airbnb has its majority of users - 63% as Millennials. Earlier generations, such as boomers, may be less inclined to choose house-sharing versus a private hotel room. And, due to a lack of autonomous earnings and age limitations for rentals, Gen Z was and remains too young to effectively utilize the site's services.

Because it delivers a helpful service, this app is popular among Millennials. Airbnb allows Millennials to have more authentic travel experiences by staying in local areas and communities rather than hotels. Millennials seek one-of-a-kind, local experiences. Airbnb has discovered a method to leverage this need. They created an easy-to-use smartphone app that lets tourists locate lodging in practically any city around the world by sleeping in people's extra bedrooms or houses.

Venmo Venmo first appeared on the market in 2009 as a money transfer software, and it soon became the favoured payment mechanism among Millennials. Whereas before individuals had to divide a bill four ways in a restaurant, much to the disgust of the waiter, or one person would have to pay with the intention of getting reimbursed later which might never happen, yeah we all know the feeling, so now with the help of this app, they are able to partake in a range of paid activities with ease.

Mobile online activity has exceeded desktop online activity, and smartphones quickly become consumers' favorite portals to the internet. Consumers are spending 70% of their media consumption and screen time on mobile devices, with the majority of that time spent in mobile applications.

This payment software has swiftly gained popularity among Millennials as a convenient method to repay pals for a night out or to pay for products and services. Millennials account for more than 50% of Venmo users since they are the early adopters of the app. Venmo has become so popular that the brand name is now used as a verb, "Just Venmo me".

Venmo combines the convenience of online payments with a social element that allows people to share their recent transactions with peers. Venmo would not be the first mobile payment software, but it has grown in popularity because of its easy User Interface, a fascinating social component that Millennials enjoy using, and the fact that it provides a crucial function in a climate where financial transactions are becoming obsolete.

Tinder Tinder is a dating app founded by Match Group that launched in 2012. According to a report, Millennials are the most frequent Tinder users, accounting for over 55% of the app's users from 25-44 years old. Tinder is not the first or last online dating service, but its clean and user-friendly layout has maintained it at them ahead of the rankings. Swiping is associated with the app, as is the simple and inclusive filtering for factors such as location, sexual orientation, and age.

As the Millennial demographic becomes the dominant working generation and continues to relocate into hectic urban regions, they are increasingly depending on apps like Tinder to help them create connections while maintaining their fast-paced lifestyles.

According to Harvard - Institute of Politics, Facebook, remains the most used platform among Millennials. Facebook is used by over 80% of Millennials at least once a week. This figure is far greater than that of previous generations, for example, only roughly 36% of Gen Z use Facebook once a week. So, when it comes to the Millennial demographic, Facebook remains the social media leader. Its key strength is its diverse material, which can span from text-based to graphic and everything in between.

Many Millennials no longer contribute to a printed newspaper, but with YouTube, they can stay fully up to date on what's happening in the world or watch whatever content they want via longer or shorter videos that they can view from the comfort of their own homes. In an age when few people are watching broadcast tv anymore, YouTube is an important method for Millennials to learn about anything good that they may want to try, learn or improve.

Instagram's close relationship to Facebook makes sense given that Facebook currently controls the platform and can therefore upgrade Instagram in ways that suit Facebook's lengthy base. Instagram also has its own distinct features that make it an enticing social tool to use, like stories, reels, fun filters, and the ubiquitous usage and impact of hashtags are just a few examples. Many Millennials use Instagram to remain in touch with friends in the same manner that people use Facebook to stay in touch with relatives.

People enjoy these applications for the same reason they enjoy Instagram: all of the aesthetics with none of the 'boring' material. It's also rather short-lived, appealing to their desire for rapid fulfilment. Every day, two Million people pin things on Pinterest. Twitter is excellent for disseminating your company's message throughout the world.

TikTok TikTok is no longer the new kid on the block. Even the most reticent Millennial has now installed the app on their phone. At one point not long ago, TikTok was the most downloaded app in the United States and the fastest growing social media application of all time.

In fact, in less than four years, TikTok gathered over 3 billion downloads and reached one-third of all social media users in the world of which 39% are Millennials.

Nike Run Club There are other popular fitness applications, but Nike Run Club has captured the attention of Millennials. Nike, the prominent athletic company, produced the app, which discovered a unique approach to integrate training and social engagement. Runners may use Nike Run Club to create objectives, participate in guided runs, and track run metrics including distance, duration, elevation, and speed.

In addition, the app encourages runners to participate in group competitions to assist them to accomplish their goals. The competitions have specified lengths to run within a month, such as 30, 60, or 90 miles, and users of the app can be asked to join a group challenge by its host. This app taps into Millennials' feeling of solidarity as well as their unexpected level of brand loyalty.

MyFitnessPal This app has been there while Millennials were still using messaging applications on their iPod touches, but it's still trendy. It has over 1.3 Million downloads on the App Store and is still growing. Users may use the app to measure calories and macronutrients, register exercise, and establish goals. Users may assess their progress on a frequent basis and adapt accordingly with continuous tracking. Recipes and meal plans are also accessible for viewing and usage. A community feature displays success stories from various users in order to motivate others. When it comes to health and wealth, the app is all-encompassing, Millennials can store all they need on the matter of their general health at their fingertips in one spot.

These are just the top 10 of the apps Millennials love, but there are plenty of others that we didn’t mention. If you have the possibility to create something unique, do it! And if you struggle with the process, contact us and we can help you. 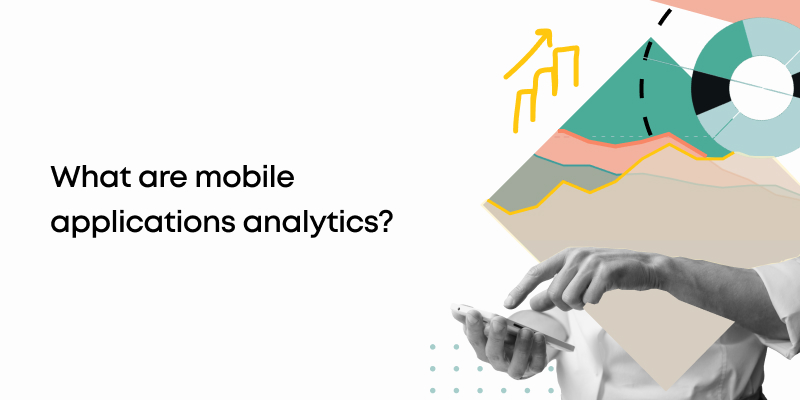 What are mobile applications analytics and why do you need them?

Get an insight look on what Analytics in Mobile Apps is, why is it important and how to use it to improve your business 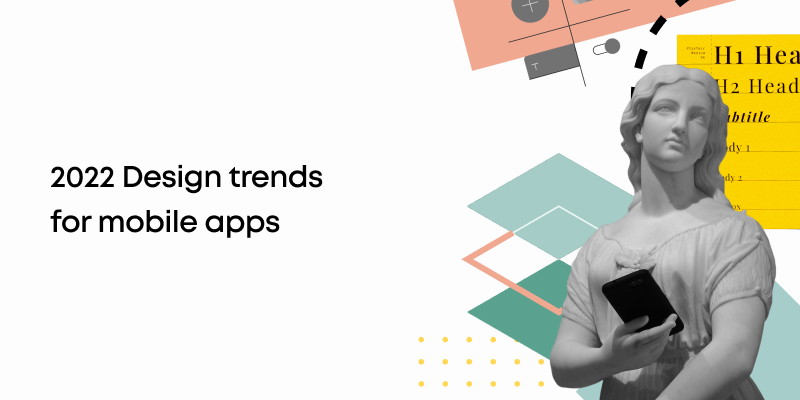 Discover in only one article, what are the top 13 detailed graphic design trends of 2022 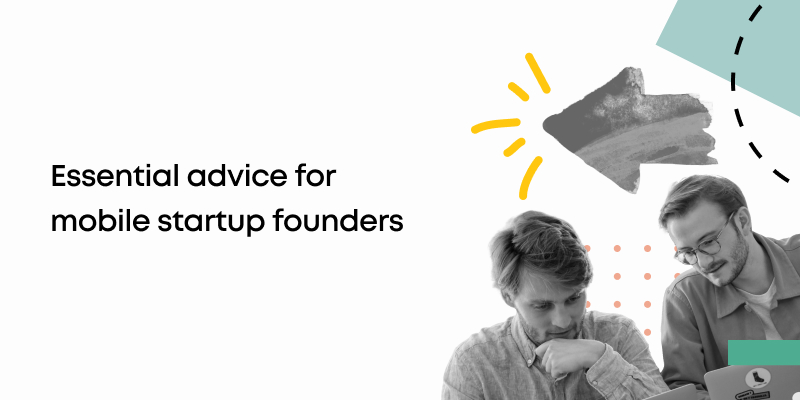 A thorough list of the most essential and transformational startup tips.