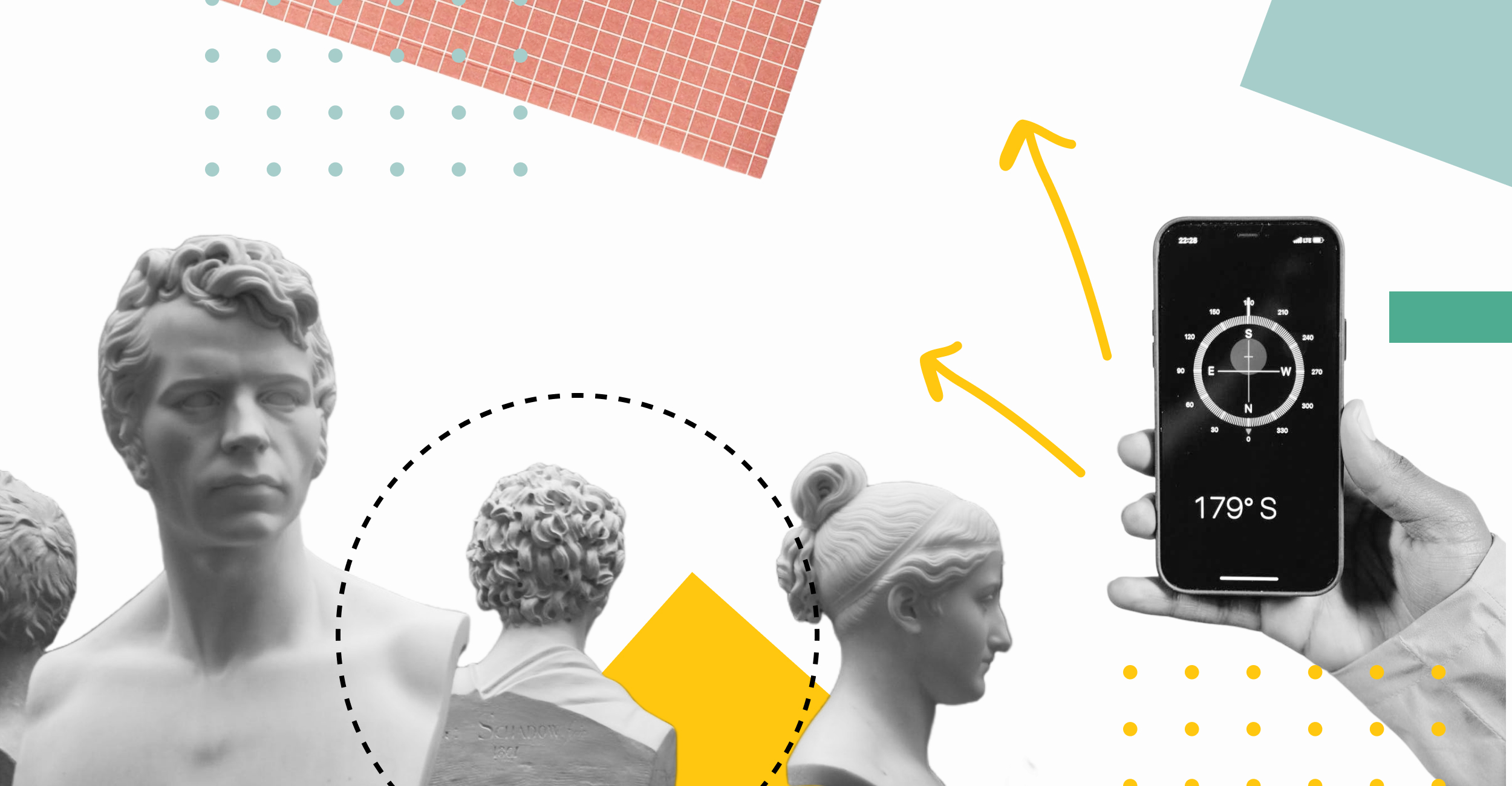 User personas are the foundation on top of which you build software products. Before thinking about the User Interface, technical solutions, and business model, you need to determine who your target audience is, who are you building a new mobile product for.

Why do you need user personas?

Having a clear picture of who your customers are, will help you create a product that better suits their needs and characteristics. User personas heavily influence the design hence the development phases as well as the business model used. For instance, colorful and playful interfaces work better on younger people, if your target audience is more mature the product you're building should also reflect that.

Ideally, you should have the landing page ready a couple of months before the app is launched, this will help you gather early feedback regarding your product and can serve as a means of gathering email addresses from your tech-savvy, early adopters. Once the app is ready, you can email everyone that has expressed an interest in the app and ask them for their feedback, if done right, this should offer you a nice base of initial users. You can use free services such as mailchimp for sending out emails and measuring the engagement of the receivers. As a founder you have to walk a few miles in the shoes of your target customer, this will help you better grasp their motivations and will help build something that is custom made for the needs of your customers and the problem you're resolving. Surveys have shown that having a personalized experience for the target audience increases the revenue in 41% of the cases and improves customer retention for 51% of the users.

How to create user personas for mobile applications?

Before writing and creating user personas you need to conduct thorough research for your product. You need to have a clear vision of what problem is it solving, and what types of people would be interested in such an app.

If you are not a solo founder and you already have a team, the Nielsen Norman Group has shown that projects in which the entire team is involved in the user research process are more likely to create better user personas.

Firstly, you need to define where your target audience spends most of their time when online, for instance, if you have a mobile app that offers fashion advice, you might find that a lot of your potential customers spend a lot of time on Instagram. When creating a new user persona, it's best to start with a template that will give you a general structure to follow for your user research. Next, we are going to talk about every section from the template.

When working on a new user persona, you firstly need to start with a name for your new persona. Usually, the name you use for the persona should reflect some of the personality traits of the user.

As an example, if you're building a running tracking app, you could define a user persona for highly active runners (an example of persona name could be "Fast Jenny").

Age is one of the most important values to look at when building a product. The age of your core audience dictates the way the app should look and function. In addition to this, it also provides some insights in understanding better where is your product going to be used, what is the general emotion of your customer, and what things are important at their point in life.

Even tho we live in the age of globalization, the location of your core audience impacts drastically how the product would be developed. By having a clear view of where your customers reside, the copy of your app could be more personalized. There are a lot of cultural differences and something that could work in Asia, won't necessarily apply to Africa or Europe for the same types of people.

An example of this is making a payment, in a lot of African countries a different payment system (M-Pesa) is used widely, but integrating and promoting such a service in Europe or America might not be useful or suited as most of the people in those geographical areas are used to paying directly with credit cards or services such as Apple and Google Pay.

The gender of the core users of your app is important as it will help you build a better solution for the problem you're trying to solve.

For instance, if your app is focused on women's health, the majority of your users will be women, you might not want to use leaderboards for motivating the users to use and engage with your app. Women are usually not driven by the same goals and motivations as men and finding the right incentives for using your app could make the difference between a failed and a successful product.

"How is my product going to make money?" is one of the first questions a founder should answer. The income of your target audience dictates how to product and the business model should be structured.

For instance, if you're solving a problem for high-income earners, you could make your app paid, or having in-app purchases for some of its content. On the other side, if the wast majority of your users won't be able to pay a monthly fee for your services, in-app ads might be a better revenue source.

The profession of the users helps a founder make a better assumption on what are the interests of the audience.

If you're building a photo library app for organized people having the ability to create albums would be one of the main flows of the app. If you're building the same app for more careless users, they will probably use more the search function, as they are interested in finding a specific photo without caring how the photos are organized.

We use the following additional questions to better define the personality type of the user:

What goals is the user trying to achieve?

Another important characteristic when building a user persona is detecting what that specific user is trying to achieve. This is especially useful in situations where the app could have 2 different types of users.

As an example in the case of an on-demand delivery app, the customer's goals are different from the deliverer's goals.

What keeps them motivated in completing their task?

By fully understanding what is the motivation of the users are, the product team could enhance those experiences by making it easier for the user to achieve them.

In the case of a calorie counting app, some users will want to lose/gain weight, while others might only want to keep track of the foods they ate, based on the target audience those motivations might result in new or more customized features.

The context in which the user is using the app has a major factor in how it would need to be designed and developed.

If a founder is building an app for measuring the performance of athletes, the user experience should also reflect that. When a top athlete is training and wants to measure his blood oxygen levels, they don't care about the typography of the app or the colors used, they need a fast and accurate method for starting/stopping the measuring.

Where are they physically, what are they doing, and what is their mindset?

While for some of the apps the location in which they are used is not important, for others, it's one of the most important aspects of the app. By knowing where the user is when using your app and what's their mindset, the entire experience and approach for solving a problem would be different.

CityMapper is one product that nailed this. Users of the app use it while navigating the city or commuting and are usually under the stress of being in an unknown, new city or being in a hurry. One of the most common ways of traveling in big cities in the metro system. Once the users are underground, they don't have an active internet connection anymore, so the team behind the app has found ways of helping them navigate the city without using an internet connection (local push notifications, timers for the schedule of the trains, and so on).

The user story is used for describing how the current user persona would use the app, it usually the main, most common flow that the user is going to make. It's a summary of everything we've collected about the user with the previous questions.

An example of a user story for a booking app for speakers would be: "Dave whos an industry leader in the domain of AI, wants to share his knowledge on a new ML algorithm with the community. He makes a video (with the front camera of his device) in which explains the broad concept of the algorithm and posts it to his profile".

How to make sure you're building a good user persona?

User personas are the foundation of every product, if this process is done right you will easily validate/invalidate the idea of your product, the feature specs and roadmap become more clear and the design and development are better in sync with your target audience. Thinking about building an app or someone to help you out scoping your idea? Get in touch, we'd love to help! 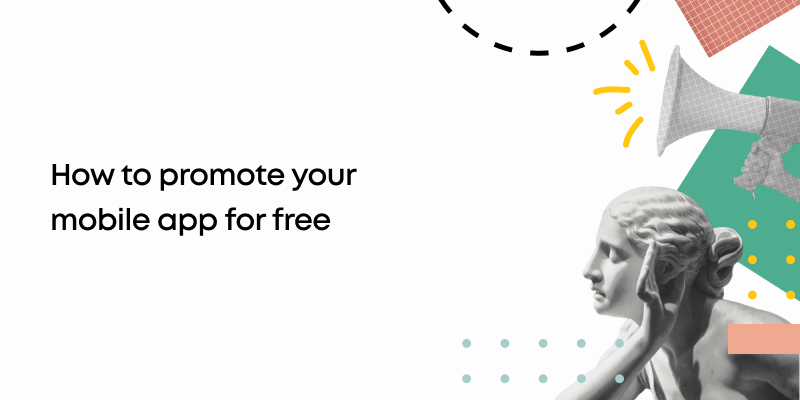 How to promote your mobile app for free 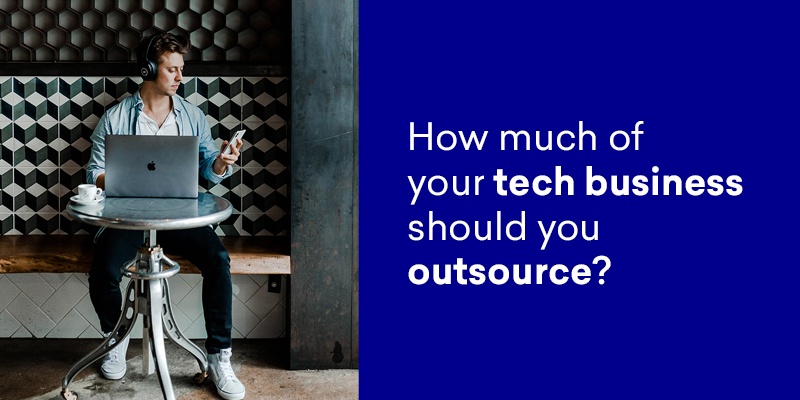 How much of your tech business should you outsource?

We dive into details and analyze what are the downsides of outsourcing software and product development. 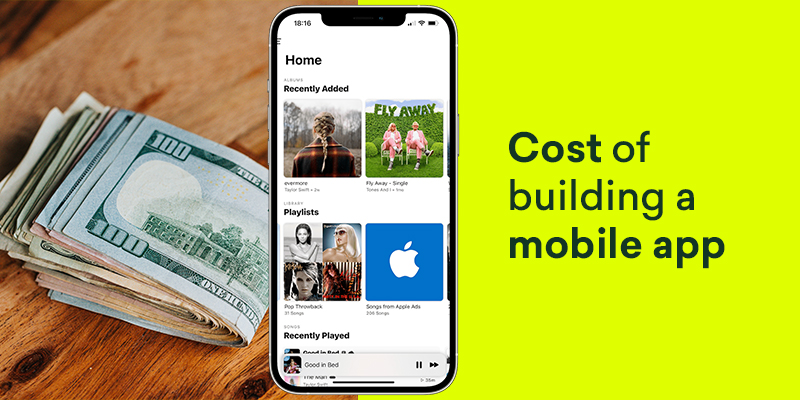 We look at every cost involved in building a mobile app, product definition, development, marketing, and maintenance.